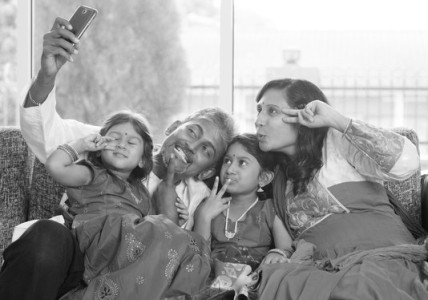 Speakers at the Dream 500 million smartphones event last week sought to debate on two important drivers for smartphone adoption in India. The first driver was pricing; the argument being that a smartphone priced at below Rs. 5,000 had a significantly higher probability of mass adoption in India. The second driver was language customization; or can local language UI and keyboards will get people, who do not know English well, to consider buying (and thereafter using) a smartphone?

Both are interesting points to consider. However, our contention is that while both pricing and language customization are among the growth drivers; however, they are not the most important ones.

A far more important driver for a smartphone adoption among the people is 1:1 messaging and 1:many communications; with WhatsApp and Facebook winning these two separate categories (thus far). We would go so far as to say that WhatsApp (or similar messaging apps) is the primary draw for people to buy their first smartphone – particularly if their existing feature phone does not support it. In other words, people buy a smartphone so that they can use WhatsApp on it; not because ‘the price was low (compared to a feature phone’.

Of course, pricing plays its due role in converting a buyer’s desire to actual purchase, but we need not overemphasize its importance. A buyer who is convinced of the utility of WhatsApp (again, a limited function of network effect, that is how many of his or her contacts use WhatsApp) will wait and save money to buy a smartphone even if it is priced at Rs. 7,000 or above.

Our second argument is perhaps too obvious and agreeable for many, and yet it has barely earned its due share of recognition.

The above axiom ought to be the fundamental golden rule of all mobile user experience design; and yet it pains us to see how so many marketers, app developers, and horror of horrors; even mobile-first businesses choose to ignore this truth.

In fact so pervasive is people’s discomfort with typing on a smartphone keyboard that whenever given a choice, they prefer expressing themselves through pictures. This is the big reason why selfies are such a rage around us – they are simply a medium of expression for people who can’t be bothered to type long sentences as status updates. This is also the reason why most messaging app makers have raced to integrate stickers within their apps. And finally, this is the reason why Instagram has actually overtaken Facebook as the number one social networking app among the US teens.

In fact, once we internalize this all-important characteristic of people’s mobile behavior, everything from Twitter’s redesign (it now makes it easier to tweet and display pictures) to Facebook’s acquisition of Instagram and WhatsApp starts to make a whole lot more sense.

In fact, so pervasive is the need for free, multimedia 1:1 messaging that WhatsApp, and not Facebook, is often the only ‘networking’ app that a first time smartphone user chooses to install.

Our argument applies as much to millennials and teens as it does to older people, perhaps more so, particularly those who never accessed a computer. This is the reason why language customization is probably an exercise of extremely limited utility. We reckon that very few Indians are going to type on a Bengali, Punjabi or a Kannada keyboard, going purely by the evidence of Americans (and other English speakers) ditching the English keyboard in favor of selfies, stickers and pictorial memes.

That is the fundamental reality of mobile user behavior. WhatsApp (or similar multimedia messaging apps) is the reason why most people in India will buy a smartphone, and once they do buy one, they won’t type messages on it. They are just happy exchanging selfies, pictures, emojis and stickers.

The big lesson here for marketers? Regardless of what you choose to do with your mobile audiences, always aim for the one big, hairy, audacious goal: “We’re going to minimize, or better still, completely eliminate the mobile user’s text input.”