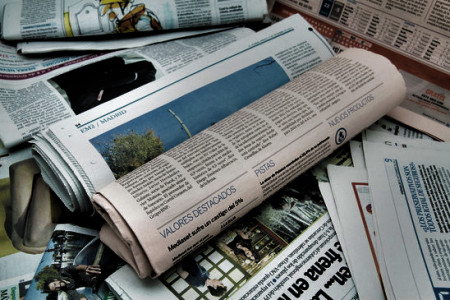 It is astounding to observe how public relations; when seen as an organizational function; continues to search for its identity with marketing as a frame of reference. Inside many client organizations, the PR or communications teams often seek to understand whether they are supposed to contribute to the marketing goals, or the organizational goals at large.

This confusion is no doubt matched and sometimes exceeded at the PR agency-end, although remarkably, both clients and agencies are intuitively clear on what PR is all about (publicity and earned media) and what it is not (paid media). Many public relations industry events continue to allocate discussion slots to the topic year after year, and yet no clear consensus has emerged on whether public relations is a subset of marketing, or a superset.

This two-part post seeks to clarify what is perhaps intuitively known, but seldom recognized or articulated and therefore often debated scope of public relations with reference to marketing. But first, let us agree on what public relations is- it is both a communication tool and an organizational function – whether or not an organization or any public entity chooses to identify it as such. The other important point is about the term ‘public’ in public relations – it refers to what is often collectively known as stakeholders of a public entity and includes its customers, investors, lenders, employees, partners, associates, regulators, policy makers, law enforcers, industry players and finally, the public at large.

As a tool, the scope of public relations is rather well known; it seeks to ‘earn’ media with the objective of helping create a favorable environment for any public entity to conduct its affairs. PR in other words seeks to generate favorable media coverage for a public entity – whether through organizational spokespersons, journalists and editors, independent third parties, bloggers or even customers – that is not paid for and yet one that influences a larger sample of the entity’s stakeholders, to generate favorable perceptions and attitudes, and hopefully, behavior.

Once we are clear on the information-spreading and persuasion-seeking roles of public relations as a function, it is time to return to the topic of this post.

Whenever the public relations function is seeking to inform or persuade customers of an organization, it is performing the role of marketing and therefore becomes a subset of marketing. Here, it is worth recalling that marketing is defined as creating, communicating and delivering ‘value’ to customers. Therefore, the definition of customers may be suitably enlarged to include stakeholders that derive obvious and articulable value from an organization’s operations – for example, PR messages targeted at potential employees still falls under marketing. The following schematic makes our point clear (click to enlarge). 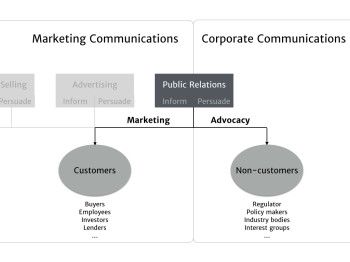 On the other hand, when seeking to inform and persuade the other stakeholders of a public entity, the function of public relations can simply be defined as advocacy. Here, public relations is seeking to build a favorable environment for the ideas represented by the public entity. The role of advocacy comes to fore every time the PR manager is engaging with the policy makers, industry players and regulators, suppliers or interest groups representing consumers or public at large.

The second part of this post focuses on the relationship between public relations and marketing.